Left click on the circles surrounding the planets to MOVE!
Explore these small worlds and hover over the characters to hear what they have to say! You can also try and help a few in need :)

This game feels like there is so much more to it. But I must say, it's nice that you fling yourself into the sun in the first level. I thought it was funny

why is this game so  oddly ominous

I love it when little people tell me to be happy. Great game.

Reply
A PersonItch.ioBrowserMan1 year ago(+2)

how do I play?

WOW!!!! I love your art and your games! I'm learning to draw and is really hard so I appreciate a lot these games!!! Keep them up! Congratulations!!!

I love how you can help the people in the game be happy. I'm not sure if it was always there or it was because I helped all of the people but a little cat on a grinning cube materialized and said:

I can't wait to see how 'Dashing Fire' is going to turn out!

I love the music!!

Ah such a feel good game!

this art is phenominal

Hi, I am making a game jam, would you like to enter it?

my internet is fuckin slow

Hey! @Blackthornprod Games could you make a tutorial on how to make the "rope" that followed the mouse and player??
Great game love the relaxing music!

Well, I’m not to familiar with Unity, but from the programming I do know, you should just need to get the locations of the player (Easy enough, I think in unity that is easy to get) and the mouse (Almost every programming IDE has MouseX/MouseY or something similar) then draw a line between them. Hope that helps!

how do i play i

I like the meaning behind this game it's very cute. If only there were more people willing to give than to receive.

Its confusing because it repeats and doesn't have a clear end.

That was really nice! Thank you for this wonderful gift.

Thank you for this beautiful game/gift !
Amazing sounds, music and graphics ...
I really liked searching hidden things in each level and bring happiness to the sad characters.
Flying between planets is really funny !
Merry Christmas Noa ;-)

Thank you for the beautiful game and all its motivational messages, Noa. This game kinda reminds me of one of the "failed" projects you talked about where the player jumps between rotating planets, and hey, you've really made something nice out of it!

I feel like some of the game's elements could be designed more intentionally to communicate their mechanics. Good job on drawing the first girl as pale and sad-looking, which immediately made her stand out from the rest of the colorful world, and I knew straight away that the player's supposed to get her a gift. It's also very clever that you made a sad planet with socks hanging around it, which suggests that I should bring Santa over. But back to the girl though - I at first tried carrying her to the gift shop, which did not work. There should be clear indicators communicating what game objects cannot be lifted (You could put her in a large house or something).

Also, this game has so much potential for player emergence! You know, give the player plenty freedom of interactivity, so they would accomplish tasks in ways you didn't intend. A good example of emergence would be letting me move the girl to the gift instead of the other way around. It'd also have been amazing if when the cat said "We rise by lifting others", I could actually lift the cat up ;)

Anyhow, what a lovely gift this is. Merry Christmas and best wishes in the upcoming year/decade. You're gonna be making awesome stuffs. It's gonna be a good time, I can feel it.

I always have issues playing your games as my PC resolution is 1366x768 while the game is in probably 1080p. Can you please make resolution choices, a couple of maybe.

I have a WQHD monitor and the game is in the top left corner when i play in fullscreen. 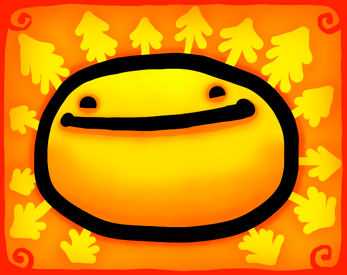