I never thought a story of making a game will make me feel emotions! Great stuff all around.

finally after a month I finished this game it was hard

yeah, I also noticed that in multiple levels, the checkpoints will register 1-2 times, but then you will start back at the beginning

It's getting to the point now where unless I do the whole thing without dying, I can't even progress.

Amazing game, a little buggy, but very good story and graphics. Lots of people have done creator vs creation type thing, but I've never seen one like this, it's creative and fun. Good job :)

th game is realy hard but the story is wonderfull!!

hey kiddo, whats the name of the game with the golden ghosts?(hey itch dnot kick me i called him kiddo but i know him he is my friend and we created a game together its a joke☺)

This game shouldn't have been killed, it's really good! The main two issues I have with the game are small ones that aren't core to the experience and could be very easily changed or tweaked. The both have to do with respawning. Firstly, each time the player respawns, if the arrow keys are already being held down, they don't do anything, and the player needs to let go of the controls before they will start working again, which is frustrating and disrupts the flow of the game. Secondly, the parts of the game audio that are voiced (the "dah" sound that happens each time the player respawns, and the voices you hear during the final chase sequence) quickly got really repetitive and annoying. What I personally would have preferred is if there were a death sound effects (and maybe, at the end, most of the distinct voice lines could play when the player dies, instead of looping constantly), but no sound effect for respawning (or, at least, a quieter, non-vocal sound effect). Overall, quite a good little game with interesting platforming mechanics and a very cool & unique aesthetic/art style.

Good game, beat it, i liked the concept and it was fun to play.

when i was at a checkpoint I fell and landed on another checkpoint so when i die I had to start again:(

Great game but there is a bag that resets the checkpoint

yeah that happened to me too

It happens when you fall into the abyss. (Using Mac)

So much talent. Love your work!

shit made me cry, so good

Reply
4re2 years ago

I undeniably questioned my sanity the whole time.......

im going to now go and cry in a corner

But honestly great game! I love your channel! You are and amazing artist, and a heck of a good teacher. I hope I could have half the talents of you. Can't wait to see wat u do next!!!

Insanely fun game! It has pretty challenging but fun gameplay and the art and music was awesome too. Also, on the note of the music, each piano piece really matched how calm or intense the gameplay was.

This game is awesome. Thank you for finishing it man, it inspired me I am just a beginner now and I am a bit hardstuck on how my game should go but this short game told me that not only big games have what it takes to be good. Thank you for inspiring me!

This game is pure insanity at the least. Phew! That was one TOUGH platformer there!

But, on a serious note, I have to give it to you. The controls were nice and easy, and the jump was just floaty enough to control the landing point. Very snappy and fast paced game with great story and amazing visual!

I'm actually surprised at how you didn't ruin the gameplay, because with many games, people tend to get carried away by challenge and even sometimes repetition which can make the game a little boring. But this one was different.

Every level was unique in its own way and followed a pattern so that the player could slowly understand and follow the pattern along with the level too. The story line was certainly unique, and the boss fights weren't ruined by all the various gameplay mechanics that were previously implemented.

For a free browser game on itch.io, this really kicks up the standard. Overall, I have just one word:

Amazing game! But if you double jump against a wall and then triple jump in the other direction immediately you clip through the wall :P

I keep being teleported to the wrong checkpoint after I die...but otherwise great game and storyline!

this game was amazing, the story was sp good and it felt so real. it is one of the best games i played yet. the art is also amazing the music was very well made aswell.

Reply
anonymous no longer use3 years ago

This was the best game i've ever played!

BTP is my fav YT channel!

And I love 2D Platformers

I saw this game in your 'What I learn by making 30+ games' video on YT and then had to dust off this old itch account to leave you a comment.

This game, was ... fantastic, challenging, rewarding and wonderfully stylish. The subtle changes to colours and of course, the sound track were so on point.  Once I started jumping, I couldn't stop until I finished the game.

I know in the scheme of things, I am just another faceless name on the internet however you should know that this is probably my second favourite gaming experience to date. Second only to 'Inside' which I maintain is by the most emotive experience I have had playing games.

I can't wait to look through your other creations!

Note: Playtime was roughly 15 minutes for me.

"He loved platformers!" but hated people!

Some times after death it will teleport me to the beginning of the level, make it frustrating for me to complete him.

Last boss - it's a very hard, but i  could end this.  I think, the complexity of the game grows disproportionately, and last 2 levels very more difficult, then other levels.  I want leave the game any times,  because very hard and we have one way to complete level - jump again, and again, and again....

This game have peculiar style and intresting tale. I finished this game in two hour, because I'm intresting in the ending of it and can't stoped.

Thank you  for your creation and for intresting expirience.

WHOOOOOOHOOOOO i finally beat the final boss and finished the game :D. That final fight was super hard though, and i had to use multiple skips. Anyway, good game!

I loved this game! Keep it up! 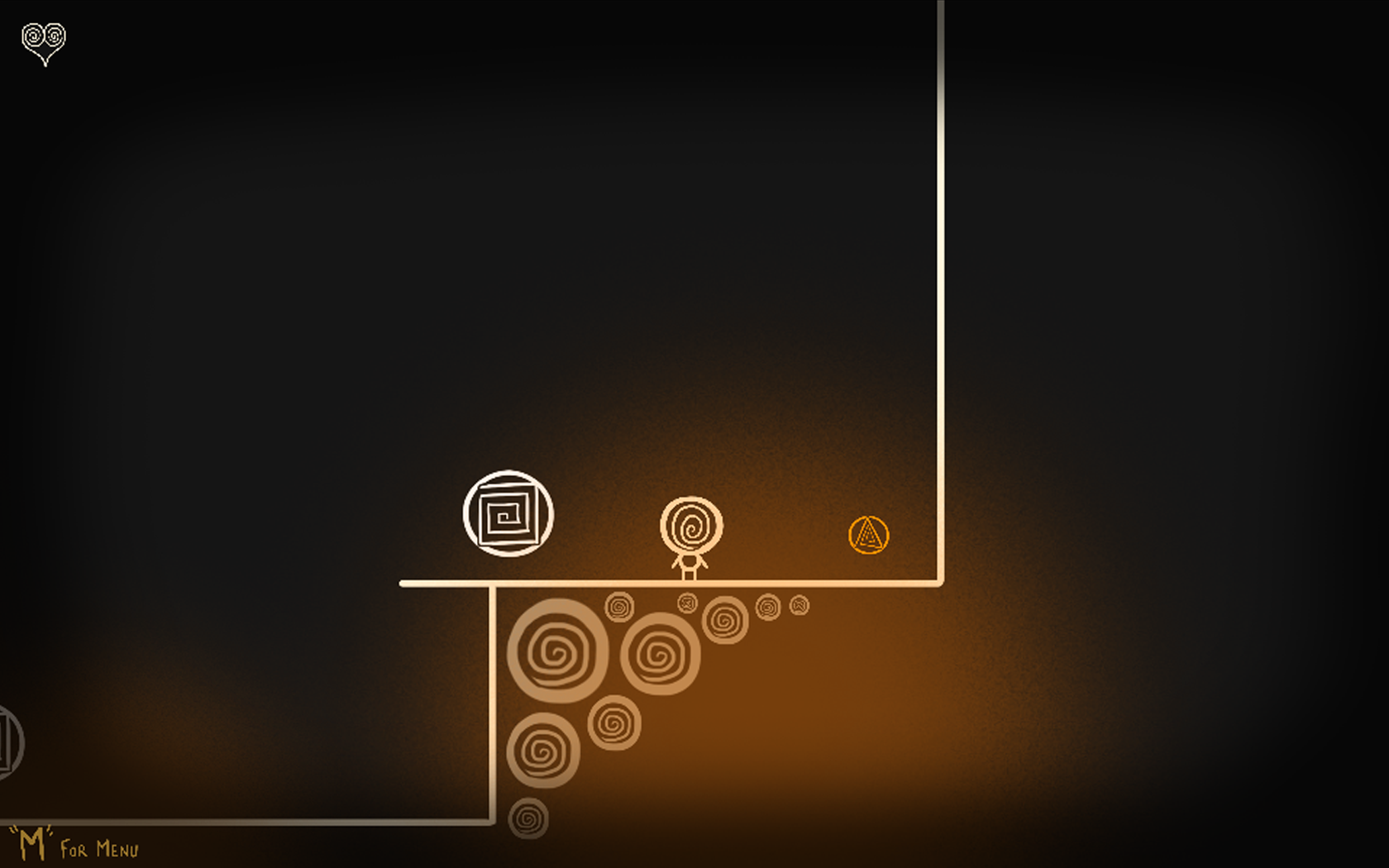 I finally finished the game!
It took me a few hours, and a lot of rage, but I finally did it.
It's a really good game and I really appreciate the music in it.
I think it fits very well with the game and the whole concept of the game was really good.
I would love to see more games like this one in the future (but possibly with a little less rage).
the person that did the music is very talanted.
thanks so much for making such a great game.